This study aims to determine the effect of providing daily test evaluation on the improvement of student achievement in economy class X SMA NEGERI 3 Pematangsiantar. The population of this research was all class X as many as 344 people. Samples were taken as many as 86 people, the research was conducted at SMA NEGERI 3 Pematangsiantar.The instrument used to collect data on the provision of daily test evaluations was a questionnaire compiled by the researcher, while the economic learning achievement data were obtained through a list of value sets. The quality of the research instrument was carried out by testing the validity and reliability. By using the normality test, the data for the provision of daily test evaluations were normally distributed. While the linear regression equation is Y = a + bX, so the regression of learning achievement (Y) on the provision of daily test evaluation (X) is Y = 50.43 + 0.38X. For analysis accuracy used regression linearity test and using a list of variances (ANOVA) through the F test, it turns out that Y does not need to look for a non-linear model. To determine whether the relationship between variables is close or not, the correlation coefficient test is used as follows: The correlation of providing daily test evaluation with student achievement is 0.359 and the coefficient of determination of Y on X is 0.1288 or 12.88%. Based on hypothesis testing, it is obtained that Fcount is greater than Ftable (12.44> 3.96). Thus H0 is rejected and H1 is accepted. This means that there is a significant effect of providing daily test evaluations on the improvement of student achievement in class X SMA NEGERI 3 Pematangsiantar 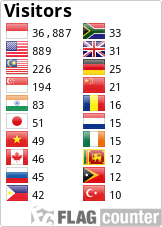